Tocqueville's Question of the Day--Decentralization

Question of the Day--Decentralization
By Gary L. Gregg
We have been fighting related questions for two hundred years, to one extent or another. Tocqueville offers some very powerful insights into the political consequences of where decisions are made that are worth tackling. These observations are found between pages 142-166 (the last section of Vol. I, part 1, Chapter 5).
While Tocqueville admits that a kind of European centralization of power can be more efficient and better organized, he marvels that no people on earth are more decentralized and still better (in the 1830s) at creating schools, roads, churches, civic organizations, etc. than are the Americans.  And they do it all without going to ask the government to do it for them. How can this be?
Well, it seems to be the effect of decentralized power.  When the core decisions of politics and life are made close to home, the people feel empowered. Their souls are transformed. They feel like CITIZENS and not SUBJECTS.  They voluntarily organize to take care of social problems like crime because they feel strong and free and responsible.  (Think about the posse of your favorite westerns--Tocqueville talks about this phenomena without using the name).
The opposite effect is created by centralization of power, Tocqueville argues. As power is centralized, people feel weak and distant from decision-making. Eventually they feel like settlers in a land that is not their own and that they do not care to preserve or protect--"let the government do it." Citizens become subjects and democracies become despotisms.
Tocqueville's warning for our democratic society can be counter-intuitive: that no power on earth centralizes more quickly and ruthlessly than democratic peoples.  They see a good in centralizing power into few hands because those hands are their embodiment.
Wow (this thought really did just hit me), from this Tocquevillien Angle, Lincoln's ideal of government "of the people, by the people, for the people" is just the kind of language that brings about centralization and the enervation of citizenship. Yikes. I must be wrong. . . please read and correct me! 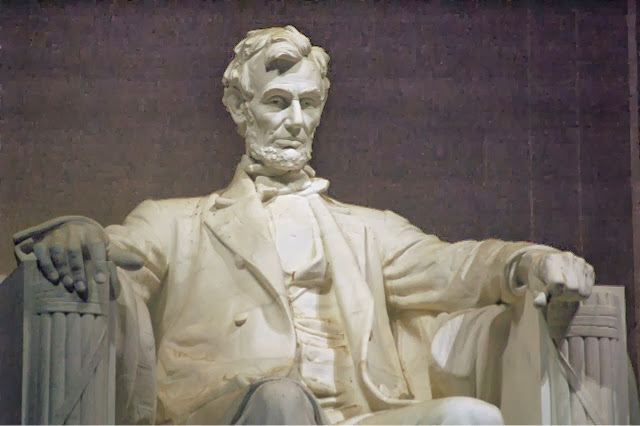